This one was planned for next week, but when I realized that it’s Shark Week right now I figured I better post it!

With one more month of summer fun, I thought we needed something that screamed summer for your towel this month. Who’s ready for a….cue the Jaws theme song…SHARK!!! It’s a Shark Hooded Towel! 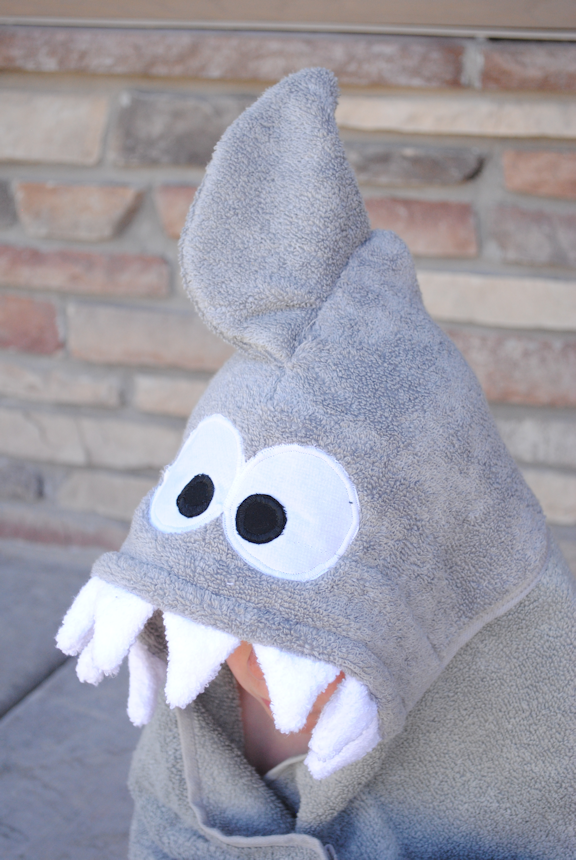 I totally love how this one turned out! I can just picture a cute kid walking around the pool or the beach wearing this towel this summer. Want to learn to make it?

Optional: stiff interfacing for your fin

Note: You may want a heavy duty needle for your sewing machine for this project as well. You will be sewing through many layers of terry cloth at a time. Some machines may struggle with this a little and a stronger needle may help.

Start out by cutting your hand towel in half horizontally (so that you end up with a fat piece, not a long skinny one).

Now cut a shark fin out of the other half of the hand towel using the pattern pieces.

With your white hand towel cut out a bunch of teeth. You need 2 pieces per tooth and I used about 9 teeth for my towel, so cut out about 18 of those teeth pieces.

Sew the fin together leaving the bottom open to turn it right side out. Note: this fin is floppy. If you want to make it stiffer I recommend putting some heavy, stiff interfacing inside of it. 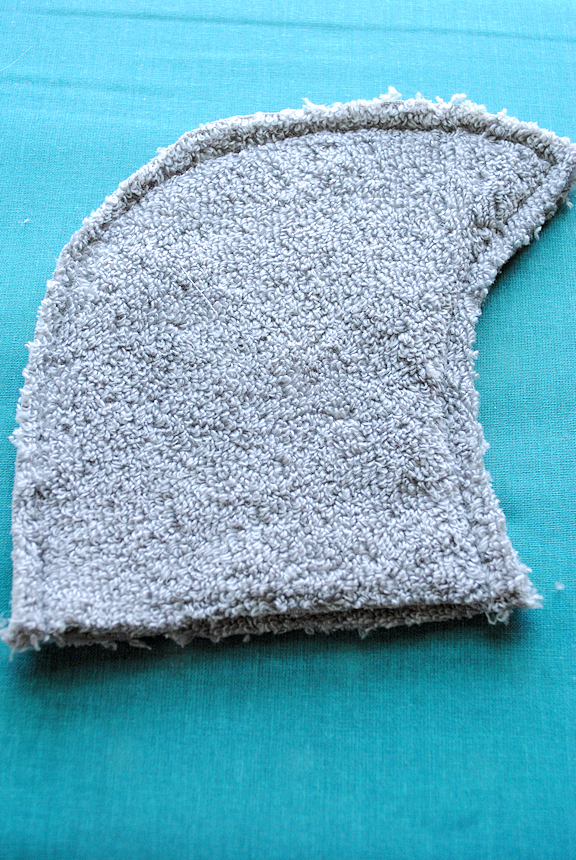 Turn it right side out and set it aside for later.

With your half hand towel, cut the selvaged edge off about 3-4 inches up: 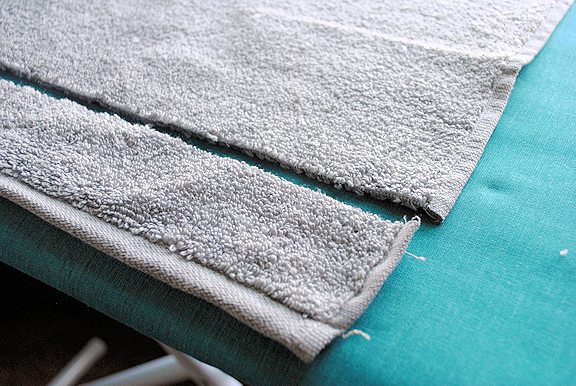 Now sew all of your teeth around the two long sides, leaving the bottom open: 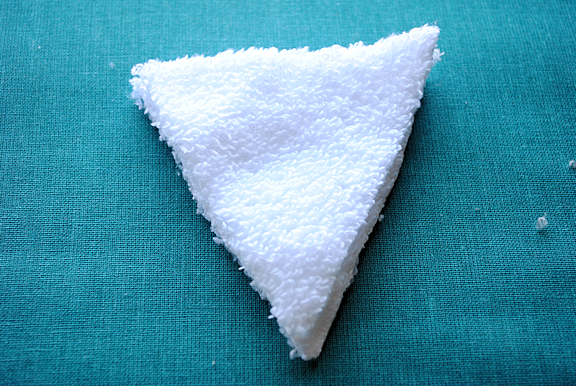 And turn them right side out. Use the end of your scissors to push out the tips to make them nice and pointy.

Now lay the teeth along your hand towel so that the tips point up and the bottom of the teeth is even with the edge of the hand towel: (ignore the eyes in this picture. We’ll add those later.) 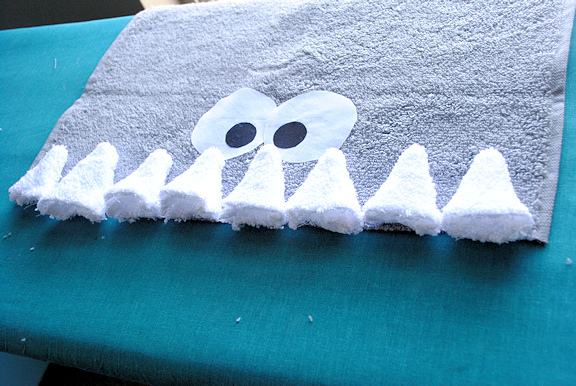 Now take your piece that you cut off from the hand towel and place it on top of your teeth and pin it all together: 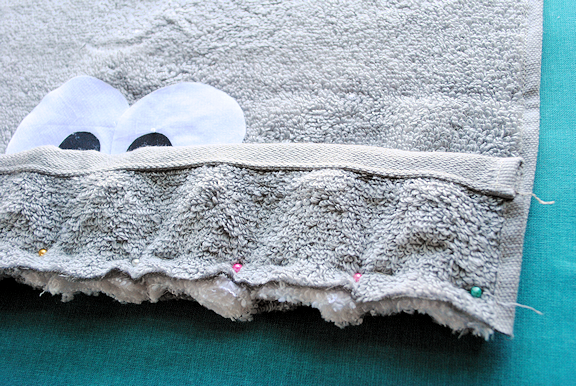 Sew through that line (this may be tricky if you sewing machine isn’t tough. Be patient and guide as needed.)

Turn it all flat and then tuck that hand towel piece at the bottom under and top stitch along the selvaged edge AND along the part near the teeth to hold it all in place: 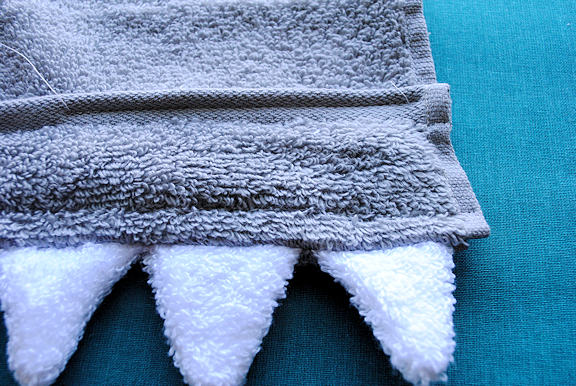 Cut out your eyes from the white and black fabric as well as coordinating Heat ‘n’ Bond pieces for each eye piece. Iron the Heat ‘n’ Bond to the backs of the eye pieces. Place your eyes where you want them on your hand towel. Applique around both the black and the white parts of the eyes.

Let’s add the fin. Cut your towel up above the eyes: 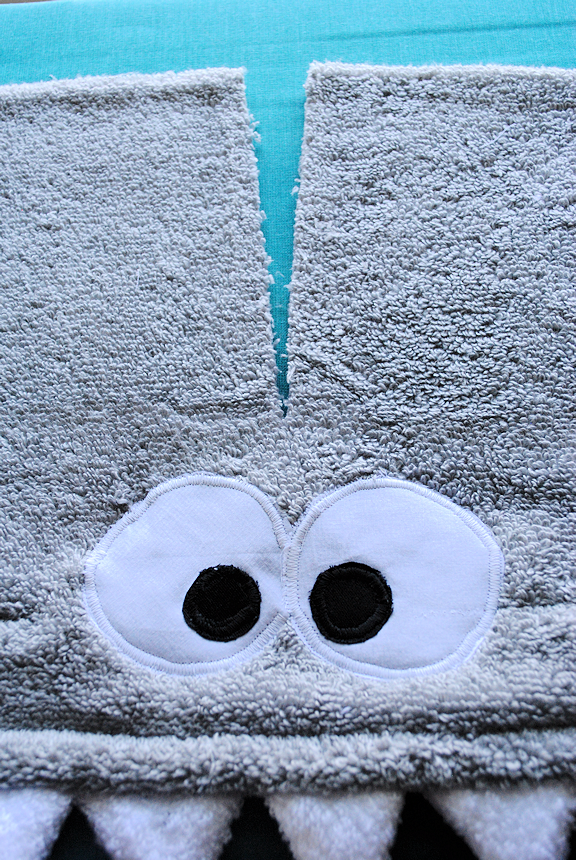 With your fin turned right side out, fold your face in half and stick the fin into the slot that you just created: 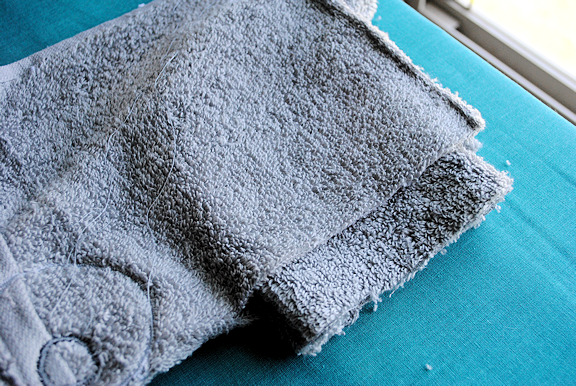 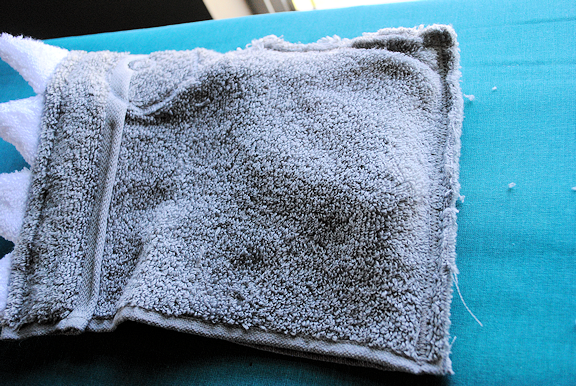 Now you just need to attach your head to your towel and you are all done! 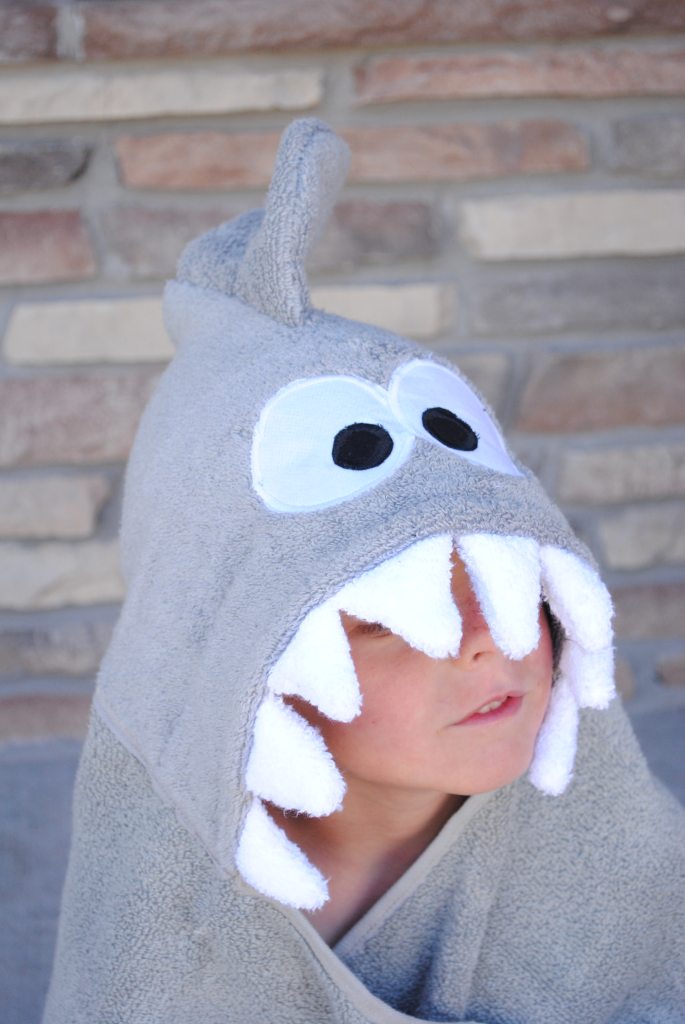 Do you love it? Are you scared? 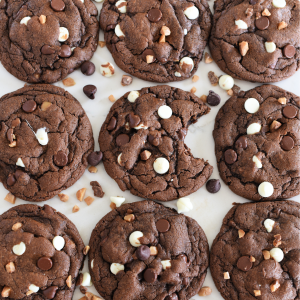 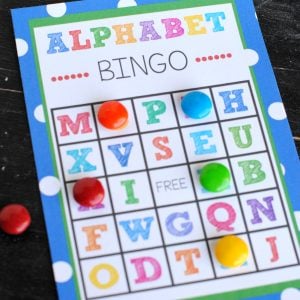 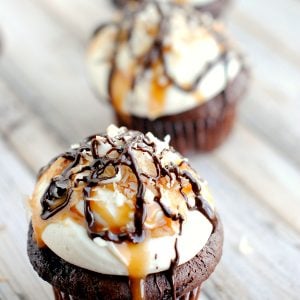 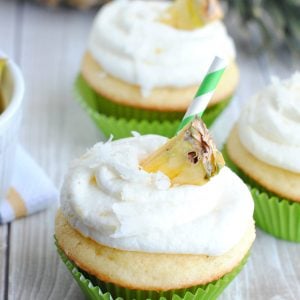