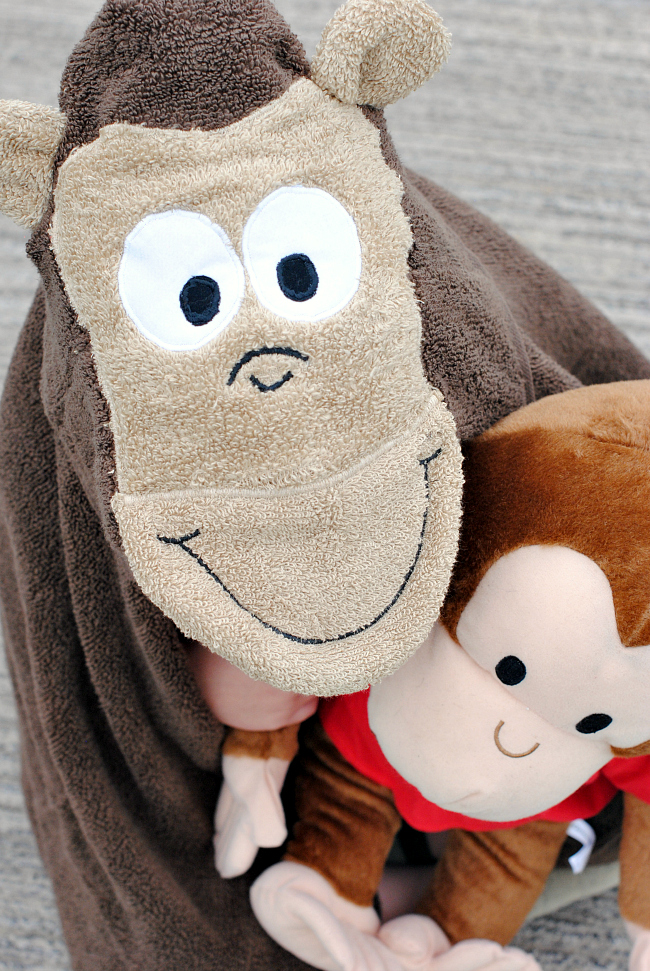 I’m betting I am not alone in saying that my kids have spent their fair share of time watching that cute little monkey. They loved him when they were little and my little guy still does. Lots of giggling when they watch Curious George. Do your kids love him too?

Did you know that all 9 seasons are now streaming exclusively on Hulu.

Hulu has all 9 seasons (108 episodes) of the animated TV series, as well as the animated film Curious George 2: Follow That Monkey.

Hulu is THE streaming destination for the best of TV, and a great selection of films! Plus, you can stream almost anywhere, on any device, including gaming consoles, set-top boxes, tablets, mobile phones, and more. Visit Hulu.com to start a free 1-month trial, for a limited time. 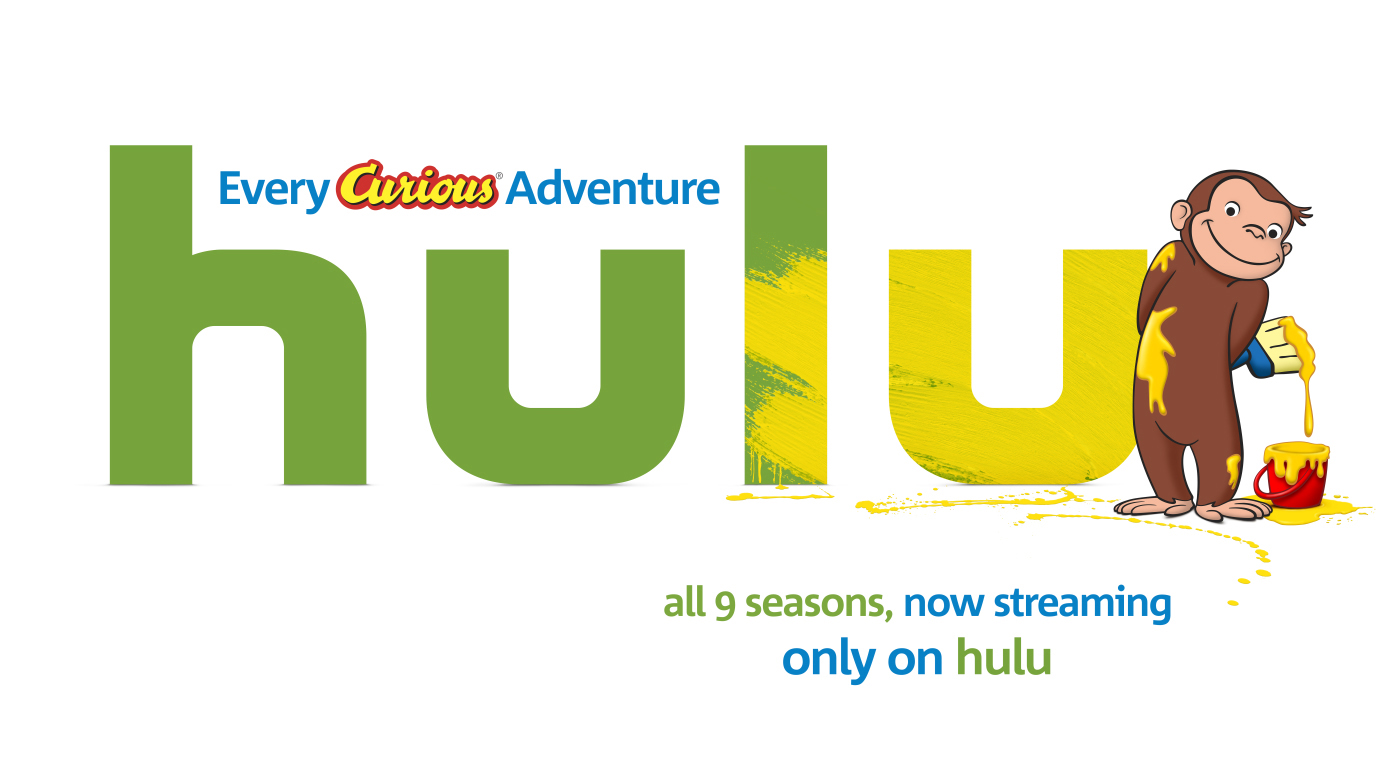 So….to celebrate I thought it would be fun to make a cute hooded towel inspired by the little guy: 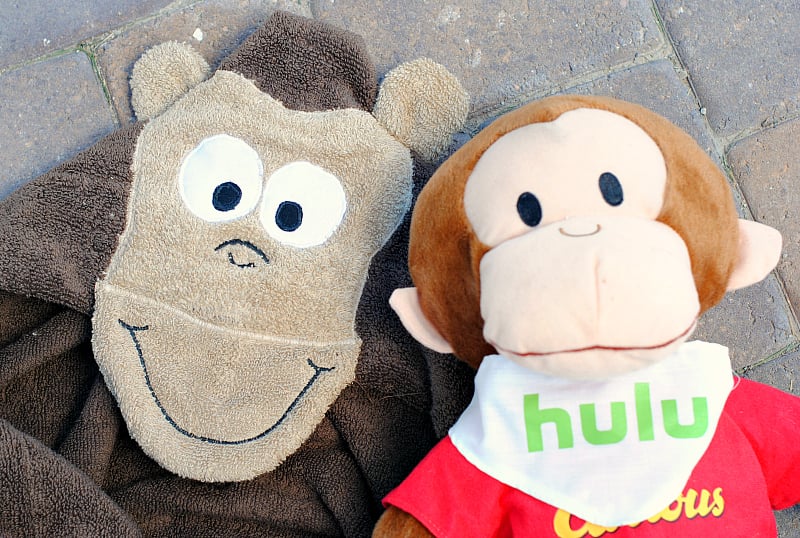 Bet you’ve got some kiddos who would LOVE this! Am I right? Let’s make a hooded towel!

For starters, check out the basic hooded towel tutorial to learn how to do the basic construction of the hooded towel. I am going to teach you to make the head.

With your dark brown hand towel, cut it in half horizontally. Fold the finished edge under about 3-4 inches and sew in place. (This part is in the basic hooded towel pattern.)

Cut out your pieces from your pattern. The face and the snout and ears come from the light brown hand towel. The eyes from the white fabric and the eyeballs from the black fabric.

You will then want to cut the eyes and eyeballs from the iron on transfer as well and iron it to the back of them.

Place your face in the center of the dark brown hand towel. Place your eyes where you want them and iron them in place. 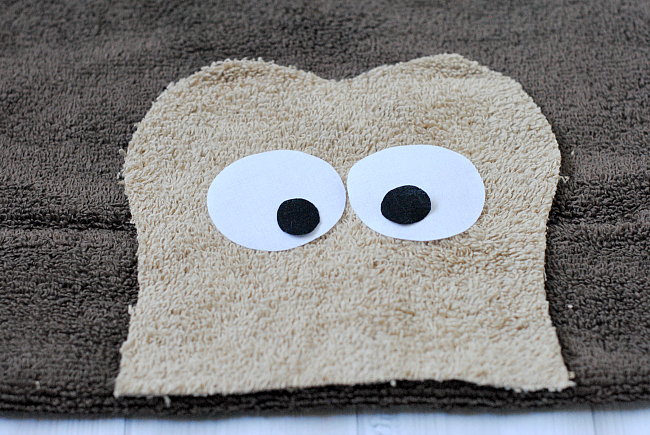 Sew around the outside of the face. I started with doing just a regular stitch to hold it in place. Then I used an appliqué (tight zigzag) around it to really hold it in place: 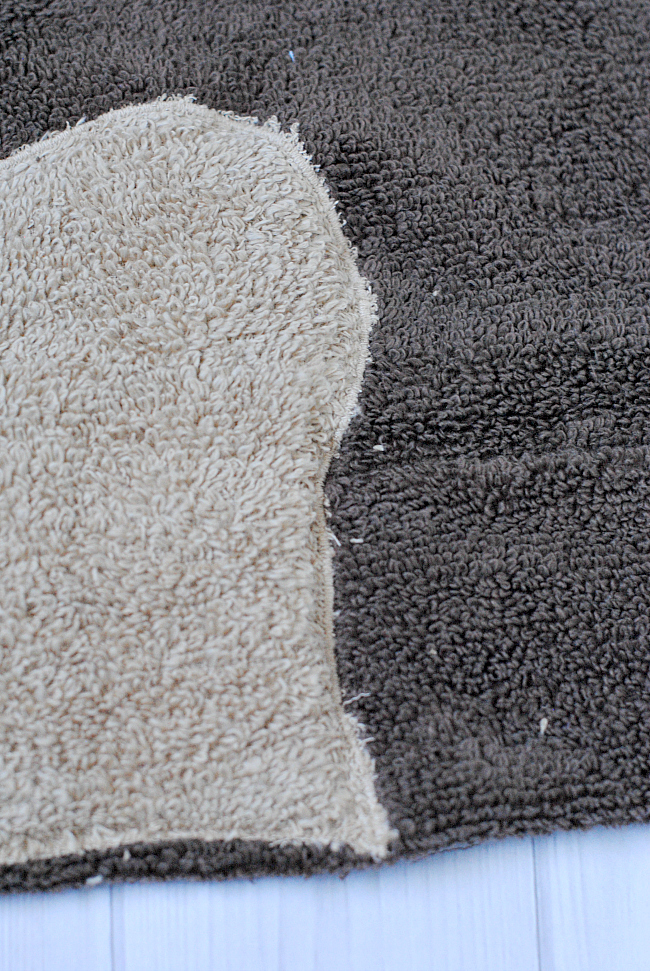 Also appliqué around the eyes and eyeballs in white and black thread.

Sew around the outer edge of your ears and snout leaving the straight edges unsewn: 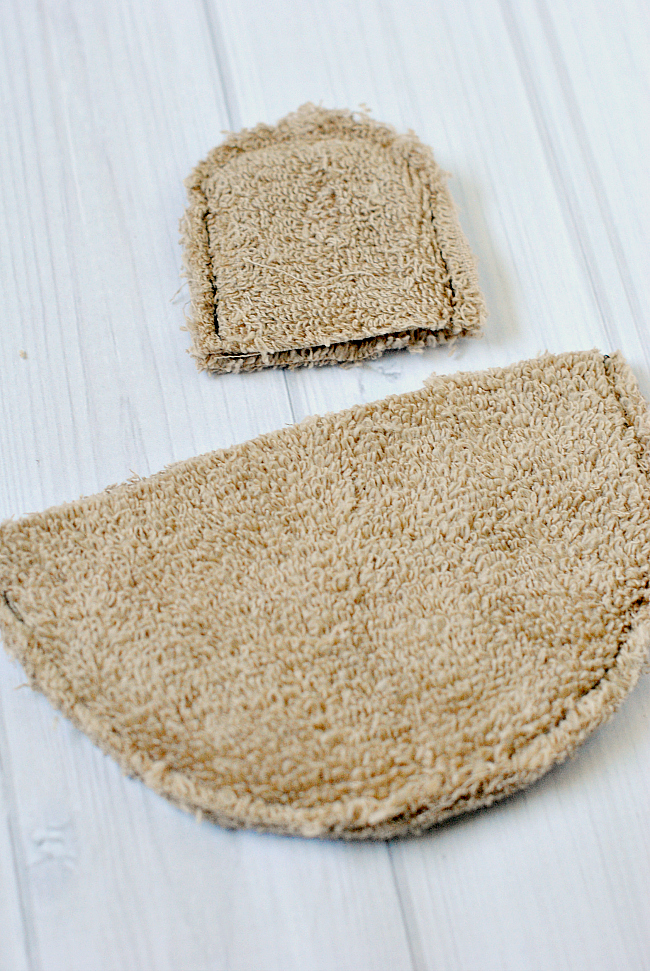 Turn the snout right side out. Now draw a light smile on the snout to guide your sewing. You will then use an appliqué to make his smile: 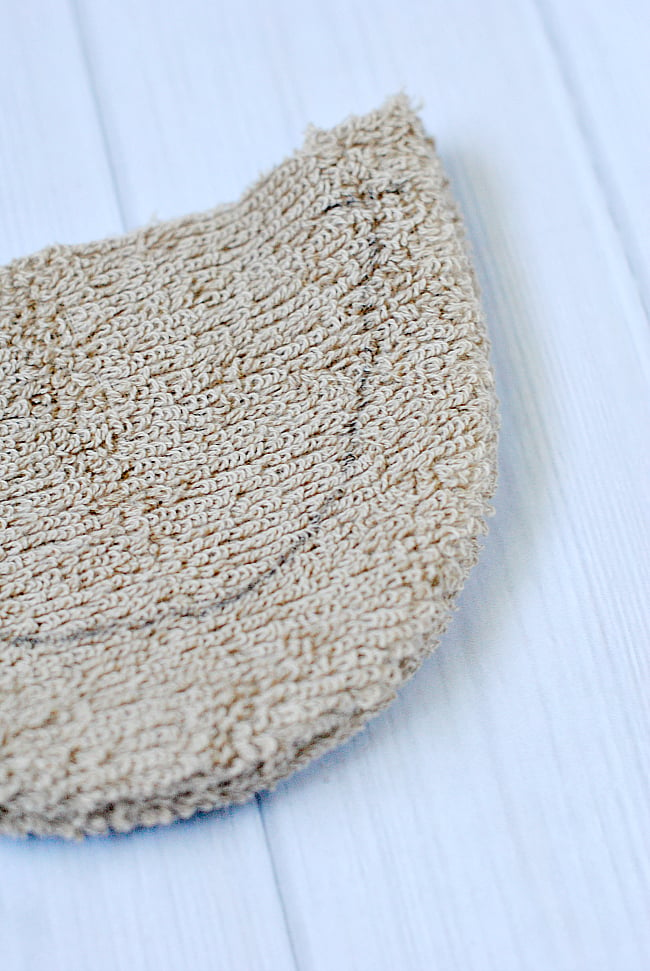 Do the same to create a nose-draw it first, then appliqué it.

Next you will sew the snout to the face with a tight zigzag: 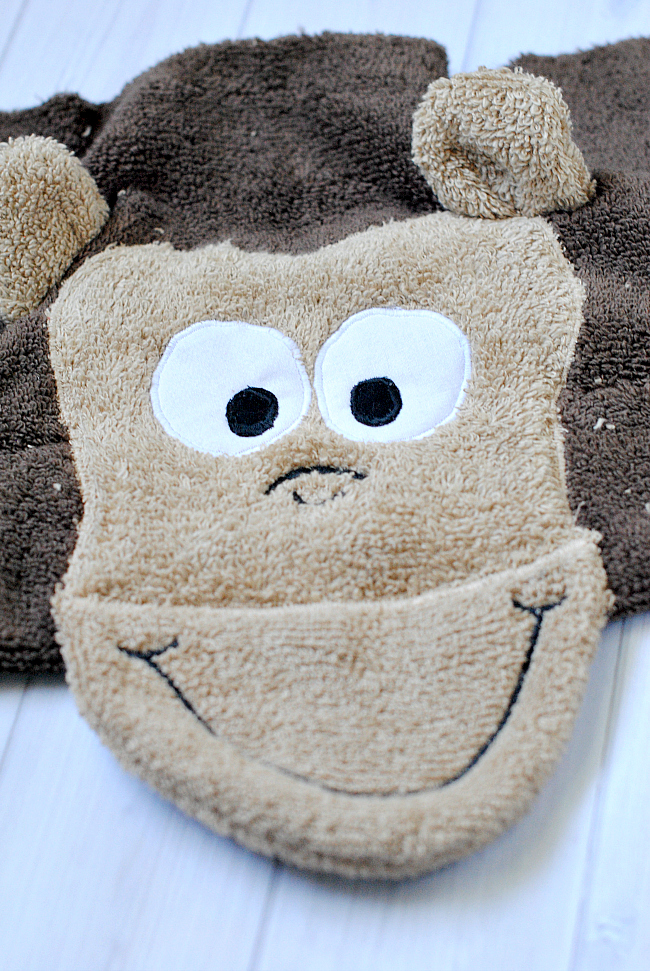 Last we need to do the ears. Turn them right side out.

Now you will need to cut a small slit about 1 inch long at the top corners of either side of the face to slide the ears down into: 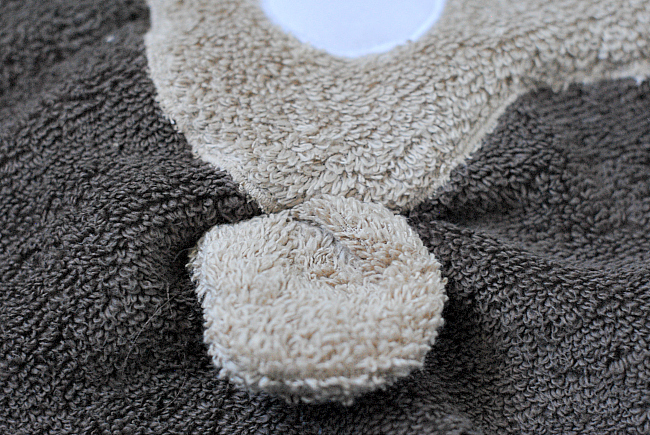 On the underside you will stitch it in place: (this part will be tricky because it is VERY thick) 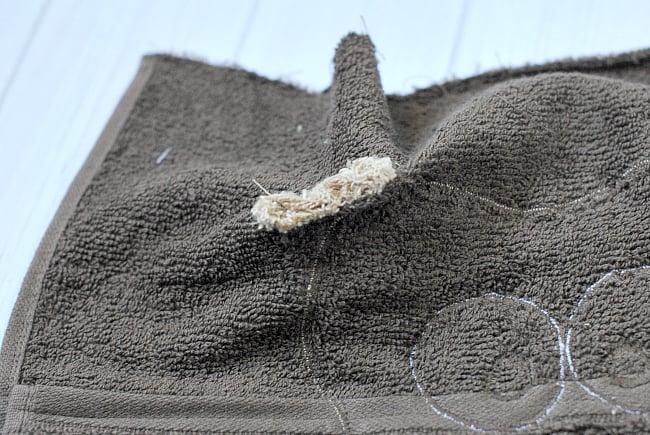 Now you just need to sew the raw edges together to make it a hood. Head back to the basic hooded towel tutorial for more on this.

I also squared off the top of his head to make it a little rounder-this step is optional. If you would like to do it, follow the instructions here.

Then sew your head to your towel as described in the hooded towel tutorial.

And pull up a comfy chair and watch this fun show with your kids! 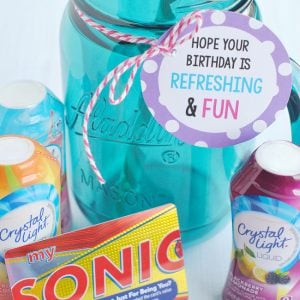 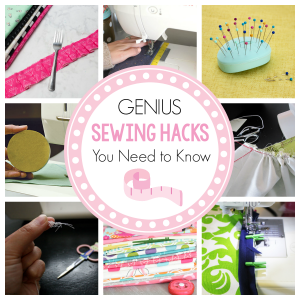 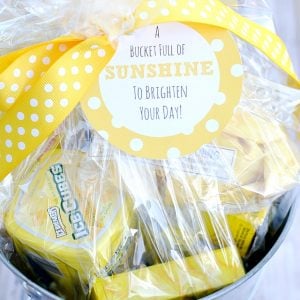 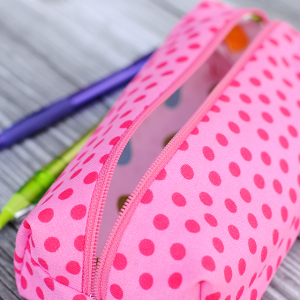