What’s the Project? If you love chocolate and peanut butter as much as most people, these Reese’s cupcakes are going to blow your mind! A chocolate cupcake with peanut butter frosting…with a Reese’s peanut butter cup inside! These are a huge crowd pleaser.

It’s no secret to anyone that knows me that I love peanut butter and chocolate. It’s actually always been a fear of mine that I would end up with a kid with a severe peanut allergy bad enough that we would have to ban peanuts from our house. What would we do then?!?! Luckily that hasn’t happened so far. (I feel for those of you who have had to do that.)

I also like to bake. A lot. So, put those two together and forget about it. I have a lot of recipes that involve the PB/chocolate combo (ice cream cake, cookies…) But I wanted to try something new…my own creation of sorts.

I give you…PB & Chocolate Reese’s Cupcakes. Guess what? You can’t see it here, but there’s a Reese’s Peanut Butter Cup inside! 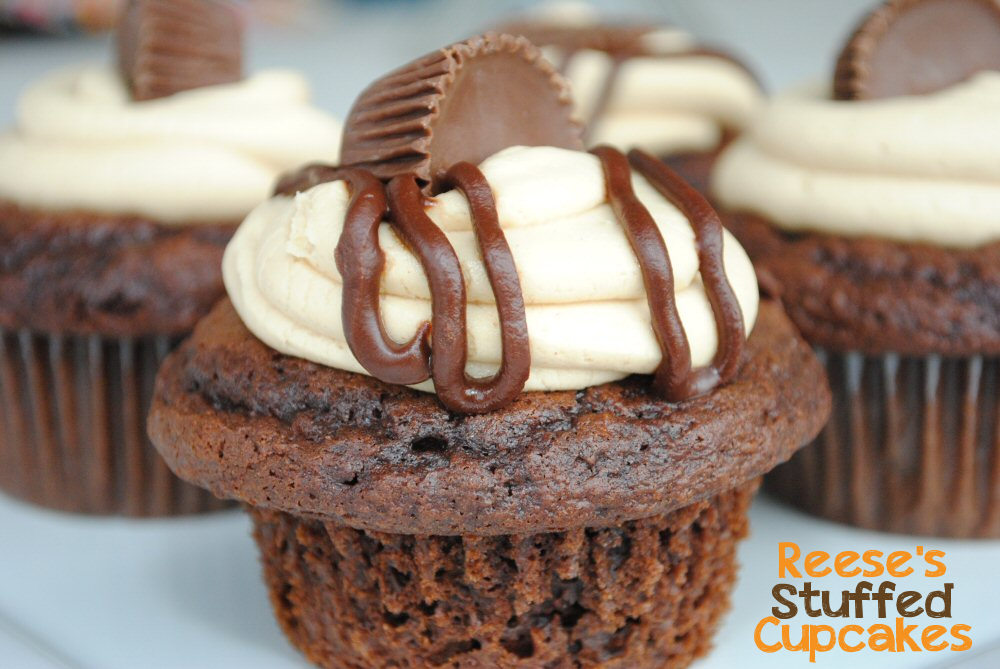 The basic cupcake recipe on this can’t be beat. I recently discovered it (tweaked it only slightly) and have been using it for cakes and cupcakes of all varieties ever since. It’s perfect and it’s easy. To me it’s better than made from scratch. Here it is: 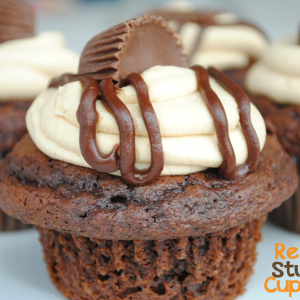 I usually just use a ziploc bag to pipe the frosting on because I like to be able to throw it away when I am done. Fill the bag, snip a corner off and pipe. I also melted some chocolate chips, threw in some butter and then drizzled a little chocolate on top. 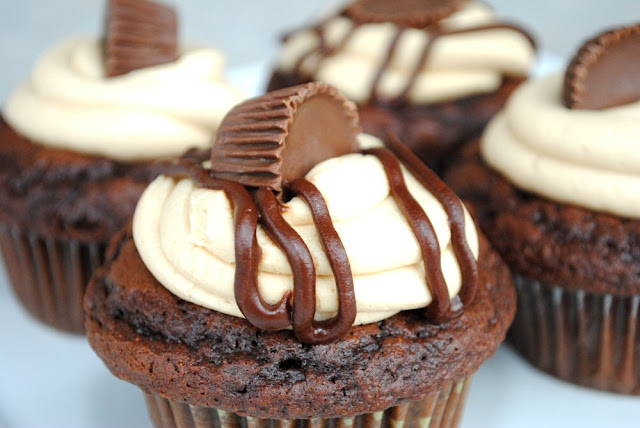 Stick a Reese’s on top for extra flair. Sure to be a crowd pleaser. 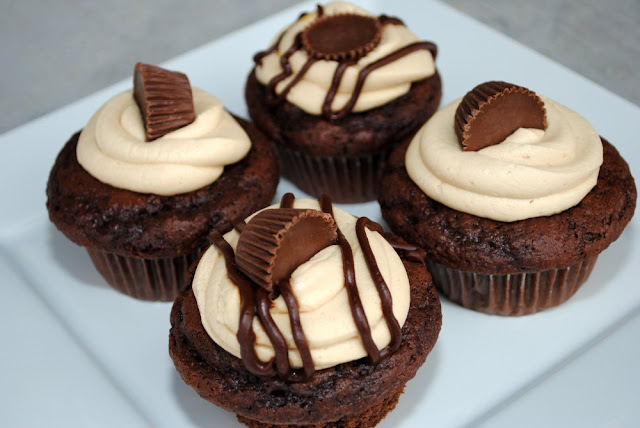 Next Post: Frog Hooded Towel for Baby and Toddlers » 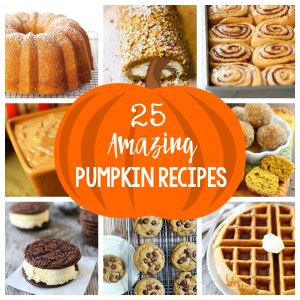 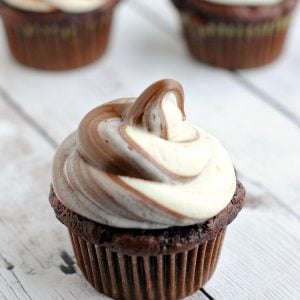 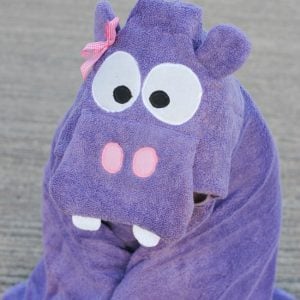 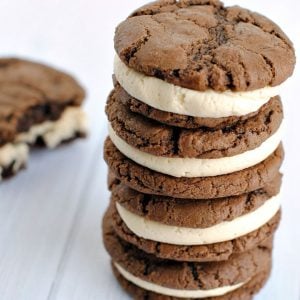